Answering an urgent call for help in 1914, JDC brought critical assistance to Jews in the Yishuv in Palestine throughout the First World War. JDC helped battle hunger and malnutrition by providing meals for the poor and elderly and nutritional support for children. Following the war, JDC worked hand in hand with the local community to ensure a wide array of services, including health care for the general population, child care for orphans, and vocational and agricultural training programs to provide livelihoods and sustenance for the new generation. Poor people, many of them children, wait for food at the Dreyfus soup kitchen, which serves about 900 meals a day. Jerusalem, Palestine. 1921 Crowds of the elderly, poor and disabled congregate in front of the Jerusalem relief office. Jerusalem, Palestine. 1921 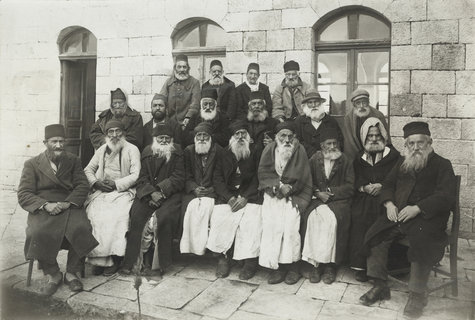 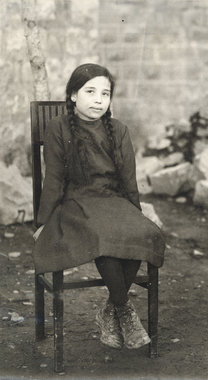 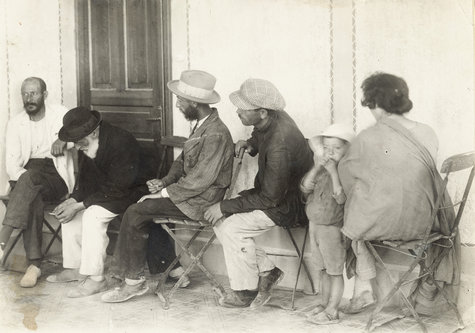 At a free community clinic, patients wait for a doctor’s attention. Palestine, c. 1920. A blind girl examines a wall map during a class at the Jewish Blind Institute (Beth Chinuch Ivrim). Jerusalem. Palestine. 1921 Grandparents and their grandchildren cultivate a garden in the Gdud Avodah, a new settlement near Jerusalem. Gdud Avodah, Palestine 1921 Basket and mat workshop for the elderly founded by the JDC towards the end of 1920 to enable the elderly to earn income. Jerusalem, Palestine. 1921 Teacher with children walking in line outside village. Palestine. 1920’s